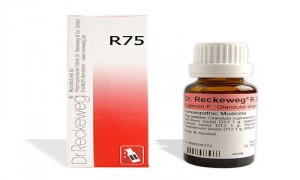 The contained ingredients have an affinity to the female i.e. the reproductive organs, upon which the remedies act in such a way as to palliate the pain and to act as an antispasmodic.

Magnesium Phos: Dysmenorrhoea ameliorated by natural discharges such as onset of menses.

In severe pain and in labour pains: frequent administration of 10 drops in some water every ¼ to ½ hour

If spasms radiate to the entire abdomen give additionally reckeweg R37